What makes sense to me and other musicians is the sort of language that would be used between us as we play together. That’s why I call this App a ‘musicians’ arranger. 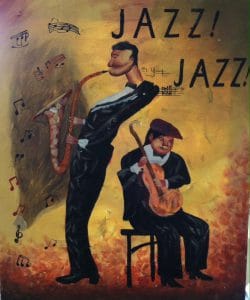 We support all the popular, essential song forms by name - 12 bar blues, 16 bar tunes, 32-bar A1A2 and 32-bar AABA, and about 30 other less common also by name.    The list is increasing!  We also support identifying these same song forms using stick notation.  This simply specifies section lengths in bars, for example, '8|8/8|8', where 'bridge' sections are preceded by a '/' instead of '|'. Additionally, we support user-defined song forms using stick notation, repeats, and concatenation of up to four (4) parts</

https://hearthis.at/alive-drumming/2i2x1x18a18a8b8bsalsasonmeddry140variation1of7allmix/ “Maria Cristina” – 3 choruses of the form "18|18/8/8" with a 2-bar intro’ and no ending, using a Son Medium rhythm at 140 bpm As supplied on the “Afro-Cuban Salsa Sampler”, Apple iOS App. https://itunes.apple.com/app/id1367015786 Nobody does #songform quite like #SongRhythmTracks at alivedrumming.com

When learning a new piece of music, when should a musician work on getting right the rhythm and feel of the piece?

I have long believed it has to be the very first thing to get right and there's little point playing notes at all unless they are in the desired rhythm and feel.   Tempo, however, is a whole other subject - there's a lot to be said for precision and ev

Yep, #SongRhythmTracks has the easiest rhythm track #arranger ever!
alivedrumming.com

Song Rhythm Tracks has been available at release 4 since late last year and now the final sampler app, “Classic Country Music” has just been released. The changes have been received well. Here’s a summary.

Yep, #SongRhythmTracks has the easiest rhythm track #arranger ever!

As supplied on the “Afro-Cuban Salsa Sampler”, Apple iOS App.